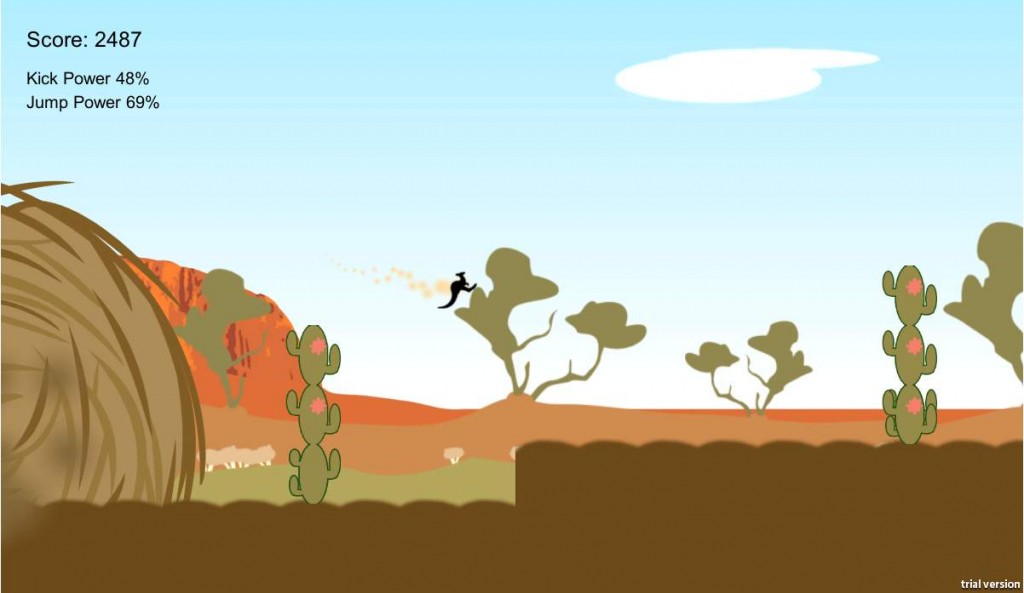 Wow, I’m truly embarrassed to have not posted about this yet, but better late than never.

I participated in Global Game Jam 2014 at the NYU Games Center this year, and had a blast! It was a tricky weekend, as my friend Danton Spina had been in California getting his Master’s degree for a couple years, and this was the first weekend he was going to be able to see us in NYC. We could have forgone this weekend-long charette (the goal is to produce a working video game between Friday night and Sunday night), but I had just started to get comfortable developing for the Oculus Rift and was eager to put it to use for game development (though we didn’t use it). On top of that, my frequent-co-board-game-designer Daniel King was eager to participate in the Global Game Jam, so in the end we thought it would be ideal to get Danton involved in some capacity.

Dan and Morgan Shaw (always the color corrector/graphic designer!) got to the Metrotech Center early Friday night and managed to lasso a few other team members, one of whom was a 17-year old coding genius, one of whom was a young and eager Unity-veteran about to start his semester in the NYU Games Center, and the other was a guy who almost didn’t talk the entire weekend. Two other guys started in our group, but then splintered off and made a super-artsy interactive thing in Processing that won a bunch of awards.

Anyway, the prompt for the weekend was “We don’t see things as they are, we see them as we are” and that got us talking about a game that changed its environment based on how the player played. Are you aggressive? Make the level ‘thicker’ and give you more punching power. Are you likely to jump over things? Make stuff ‘taller’ and give you more jumping power. A simple idea that we weren’t quite able to realize over the course of the weekend, but still had a ton of fun with (and I’d like to think we all learned something too!) Danton focused on designing backgrounds, Morgan gave us a color palette, I coded various elements, Dan worked on Kangaroo animation (kangaroos jump and kick!), and our other guys handled everything else. By the end of the weekend, here’s what we more or less had. It didn’t manage to, y’know, do what we wanted, but hey! There was kicking and jumping and procedurally-generated terrain in front of a parallax-scrolling background.

And frankly, it was fun. Now, I don’t have any delusions that continuing to work on this was going to yield any kind of recognition or rewards– there’s a million games like this that are far prettier and better-marketed than I could ever dream of doing. Heck, one was even made during the Game Jam; a fantastic sidescroller where you play as a horse and your power-ups are the people that ride you. My goal right now is to learn enough coding/Unity to be able to do basic tasks with relative ease, and this is a great template for that. It’s an already-working game that wanted some extra functionality, none of which I imagined would be too particularly challenging.

And really, it wasn’t. Unity has great tutorials online, and coding in C# isn’t that different from JavaScript. While I hesitate to call this ‘done’, I’ve accomplished many of the things I set out to:

If I keep working on this, it’ll be frosting stuff– fine tune the mathematics behind things, dress up the graphics, add some animations/music in more places. For all intents and purposes, this is my Unity sandbox. And what a fun sandbox it is– each new thing I learn tends to propel me to learn something else.

Without further adieu, I’m proud to present version 0.2 of Walkabout.

Jump over cacti or destroy them. Only the cacti with flowers can be destroyed.

Play the game by clicking on the image below! The last thing I added was a loading-percentage indicator– surprisingly simple and a great indicator to players that nothing’s broken! Thanks to Dan for the lovely poem. 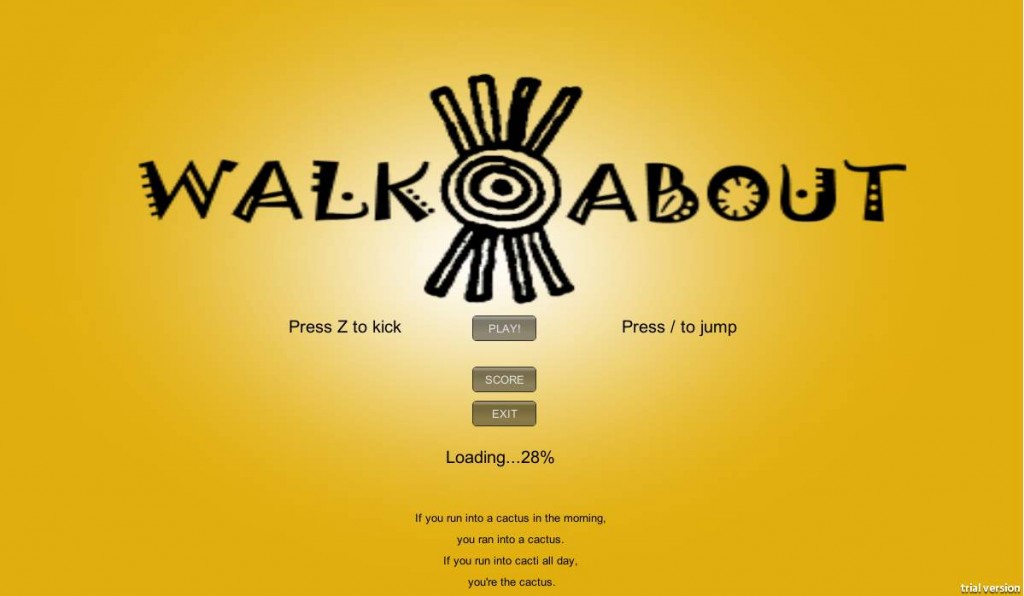 Can you beat my high score? Please do!