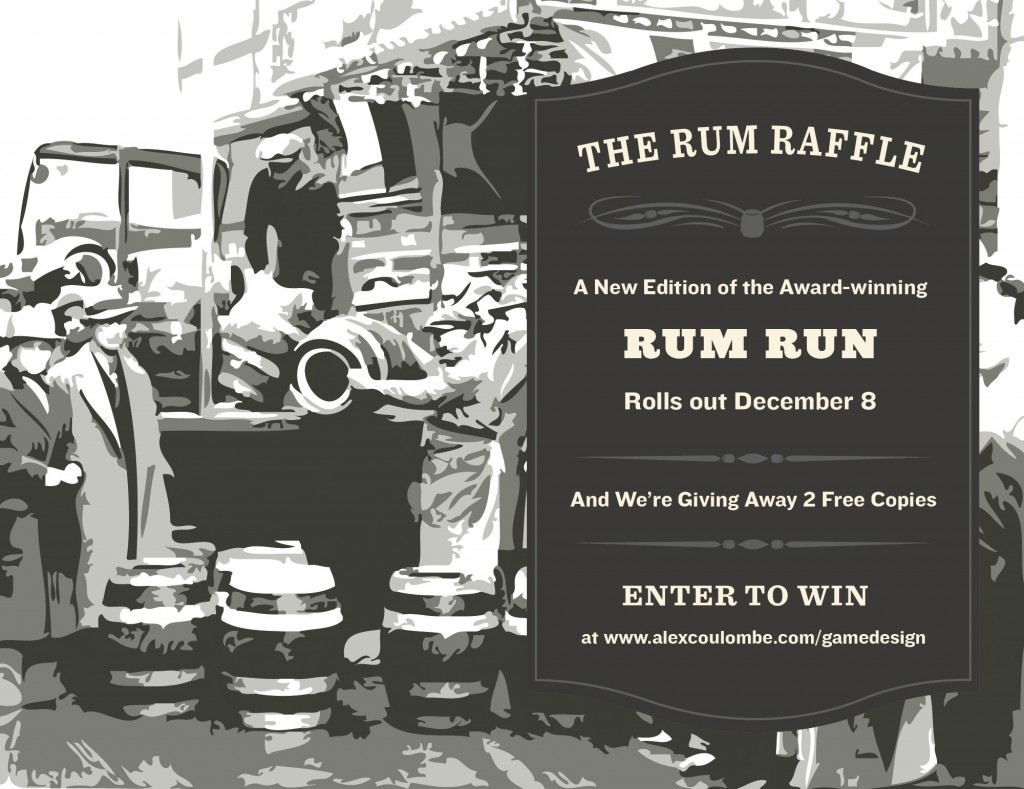 To help promote the December 8th release of the deluxe edition of Rum Run, we’re giving you nice folks a couple chances to win a FREE copy of the game ($70 value including shipping), and it’ll even make it to you in time for Christmas! That’s right, TWO free copies will be given away. Here’s how:

Come up with better names for distilleries than we did!

The object of Rum Run is deceptively simple: build roads to distilleries in the forest, collect barrels, and bring them back to the town center. A crucial part of that equation lies in the distilleries. We’ve thought up names for the distilleries based on famous bootleggers–things Camp Capone and McCoy’s Schooner– but we think you can do better! Take a look at the four distillery cards below. Pick a distillery (or a few!) that you think you have a good name for (or a few!), and either place it in the comments section or shoot an e-mail to alexcoulombe.games@gmail.com.

Our favorite new distillery name will receive a free copy of the game, and the runners up get to have their distillery names in the finished product, with a special thanks in the rulebook!

Solve the puzzle and enter into a random drawing! 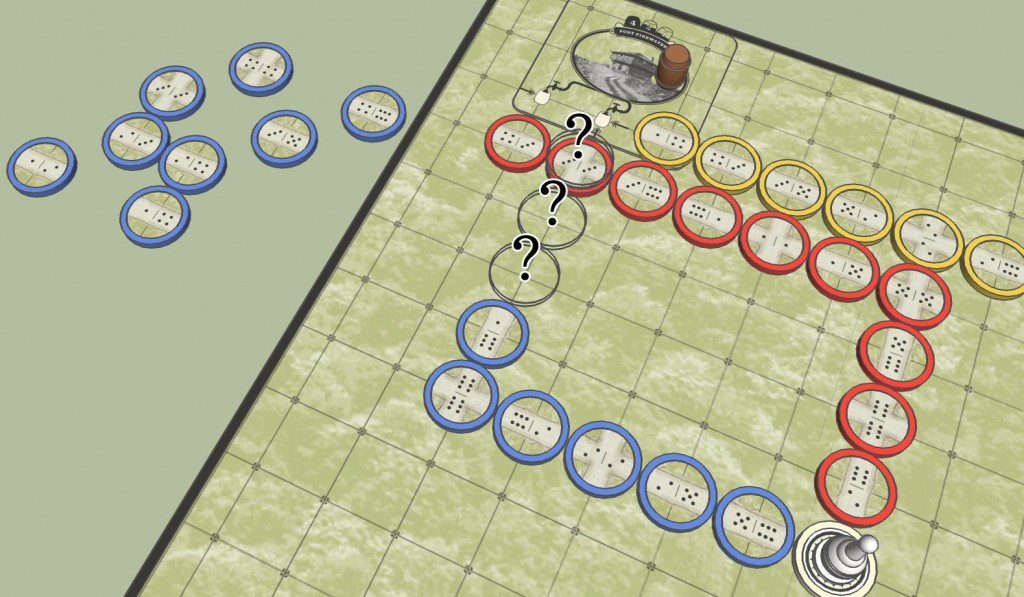 Look at the above Rum Run image. You are the blue player. From the available pieces to the left, what 3 pieces in what order would need to be played to break through the opponent’s road and enter the distillery? Note that in order to break an opponent’s road, the road piece you play must have a total higher value than their’s. Send your answers to alexcoulombe.games@gmail.com to be entered in the raffle. DON’T PUT YOUR ANSWER IN THE COMMENTS! Only correct answers will be counted. And be sure to make your answer clear! For example, (1-4)(4-4)(4-6) would be the manner by which to represent:

Enter one contest or enter both! Winners will be announced on this site on the day of release: December 8, 2012. We look forward to your participation.

6 Responses to Win a FREE Copy of Rum Run!