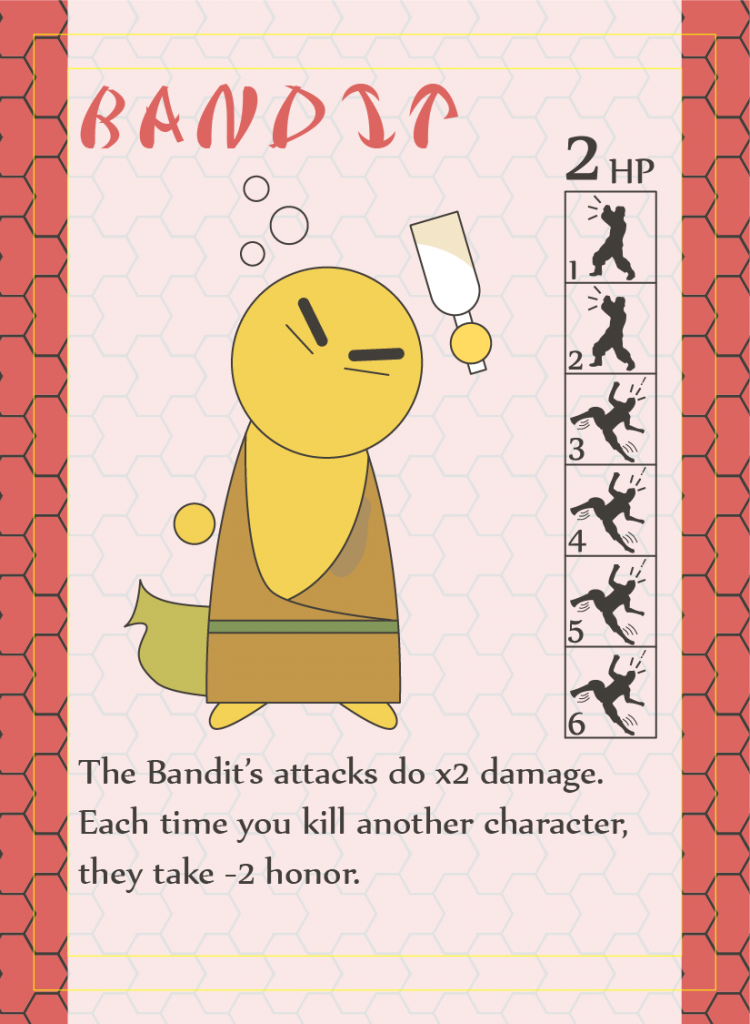 A quick little preview of what will be fully available in the next couple days. Dan King at Reluctant Pirate Games and I are working collaboratively on this Japan-themed resource-farming game. As kind of a ‘Pokemon Red/Blue‘ thing, we’re both releasing the same game but with minor differences. The primary difference is my game will have a warrior battle minigame, and his will have a sumo wrestling minigame. Another incredibly important difference is the Bandit in Dan’s game doesn’t have angry eyebrows.

More on this soon.